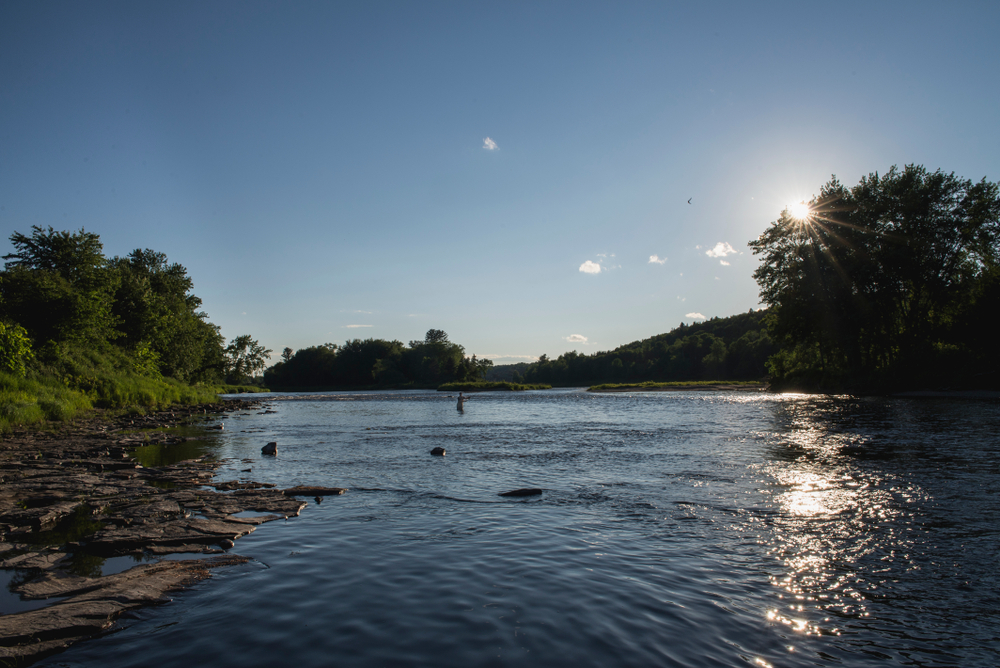 Everything You Need to Know About Fly Fishing in Miramichi River

No doubt, fly fishing is an ancient and distinct process of angling. Although it is mostly renowned as a method of catching Atlantic salmons and trout, nowadays, it is used for many other species, including pickerel, carp, bass, shad, and striped bass. Historically, the first use of fishing with an artificial fly was seen in the second century. However, the modern form of fly fishing was invented in the rivers of Northern England and Scotland. Later, the British fly fishing method was developed in the early 19th century with the emergence of several fly fishing clubs in England.

Fly fishing is the most passionate angling sport among the anglers. They enjoy the moment when they experience a powerful tug from below the surface as a spectacular wild Atlantic Salmon hits their flies. Truly, nothing can replace the excitement and joy of catching the first fish by a fly. However, there have not been many changes noticed in the fly fishing world rather than the improvisation of fly fishing equipment and fly patterns. Whether you are fishing on a freshwater stream or a saltwater stream, the art of fly fishing always offers a complete enjoyment package in today’s busy world. That is why it is often considered nature’s stress reliever.

There is no doubt the Miramichi River has been a popular destination for fly fishing for a long time. This river provides an excellent opportunity for the fly fishermen to catch Atlantic salmon, trout, and to a much lesser extent, shad. Every year thousands of fishermen worldwide gather at the bank of the Miramichi River for fly fishing. Although their main focus is always trout fishing, sometimes they love to take the challenge of catching much bigger species like Atlantic salmon with their flies.

In Miramichi River, Atlantic Salmon spawn in October and November. It is still a wonder how these Atlantic salmons resist all the obstacles and jump falls of their long journey from the ocean. This is probably why Atlantic Salmon has now become an international symbol of wilderness and healthy rivers. And Miramichi river is the largest producer of Atlantic Salmon in the world. However, the Atlantic Salmon has some peers on a fishing line. This species runs hard and fast, offering every angler truly an unforgettable thrill. Due to its huge popularity among the fishermen’s community, Atlantic Salmon remains the most sought-after by non-resident fishermen visiting New Brunswick every year.

However, you must follow certain laws and regulations while fly fishing in the Miramichi River. For any non-New Brunswick residents, salmon fishing is more tightly regulated, and a guide is compulsory to continue their fly fishing adventures. Besides, they have to participate in a draw to book all the unclaimed waters in the crown reserve system. However, if you are a resident of New Brunswick, you can book any unclaimed waters without participating in a draw.

So, Fly Fishing in Miramichi River is a great way to explore the province and have good times connecting with nature with an abundance of waterways and shores.